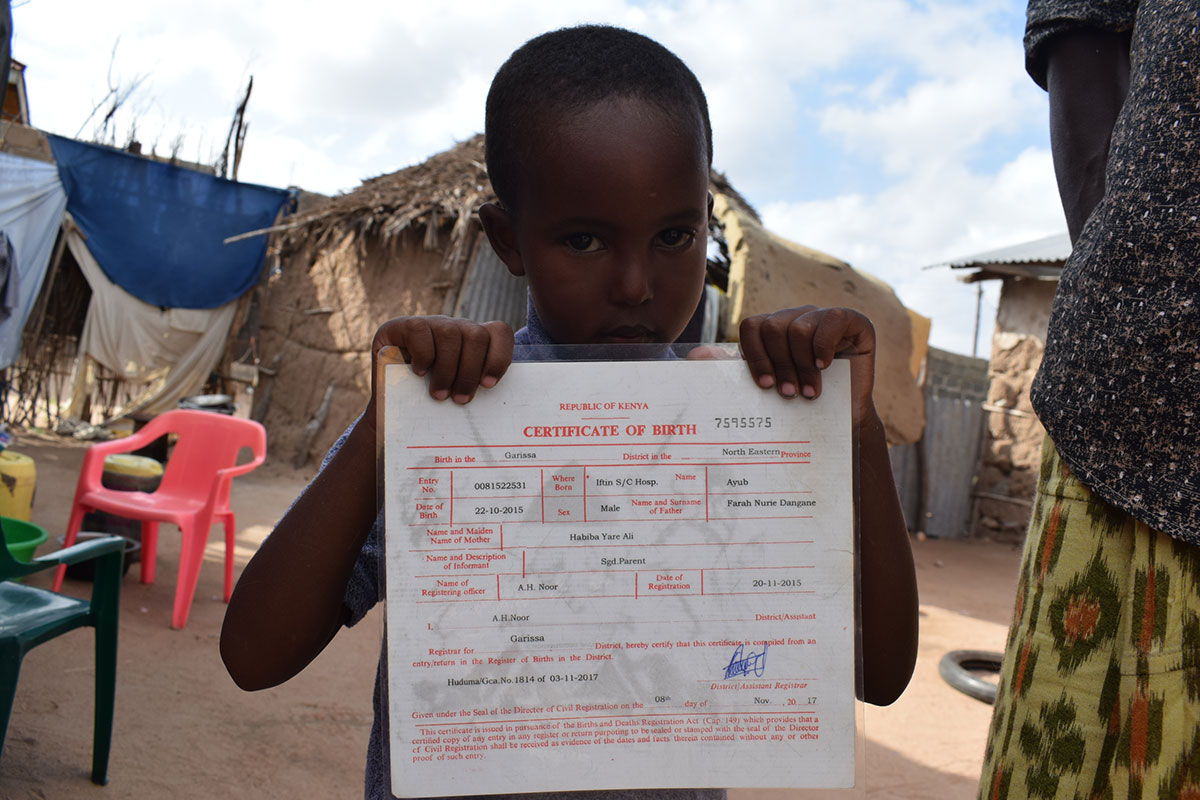 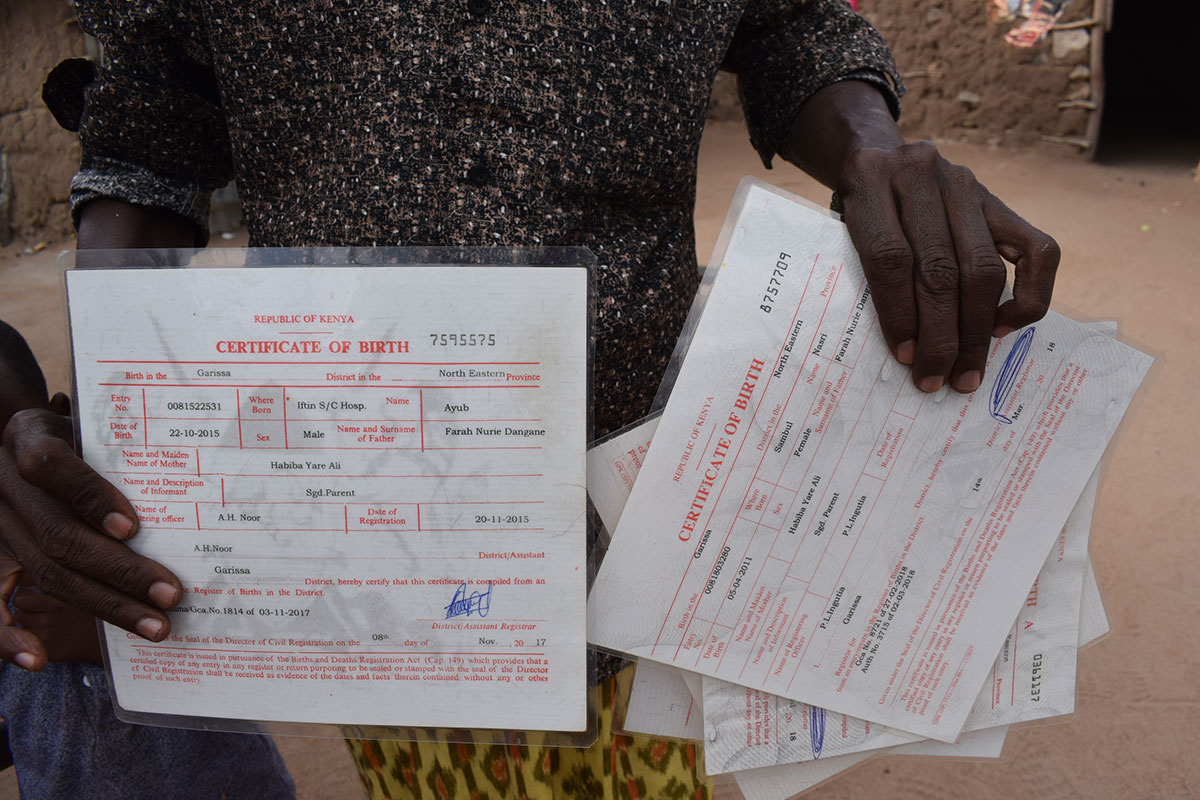 More than 10,000 persons have been supported in acquiring identification documents such as birth and ID during the mobile registration events and through the paralegal weekly outreaches and legal aid support.

Advocacy on the deregistration of the double registered community who are at risk of being stateless. During this process in 2019 HSI provide the following support:

HSI has successfully represented victims of human rights violations through public interest litigation suits. These include:

Haki na Sheria has been recognized by the law society and nominated as Civil Society of the year in 2018 on account of its contribution to legal aid in Kenya.

Birth certificates are important as without them no one in Kenya can attend school, open a bank account, obtain an identity card or a passport. However, many people living in Northern Kenya do not understand the importance of birth certificates or do not understand the process. The process is also not a simple one. It requires filing out several forms, attaching a copy of the identity card of both parents, the application must be stamped by a local chief and has a signature of a district officer before submitting it to the Office of the Registrar. One also has to pay a fee of 150 Kenyan shillings for processing.

Ali, a paralegal at Haki na Sheria went with Ahmed to the office of the Registrar to find out what happened to his applications. They searched through the records of applications submitted in 2019 and realized that the certificates have been issued but not collected. Ahmed was happy when Ali handed him two birth certificates for his children. He thanked Ali and went back home knowing that his kids will have a better life as a result. 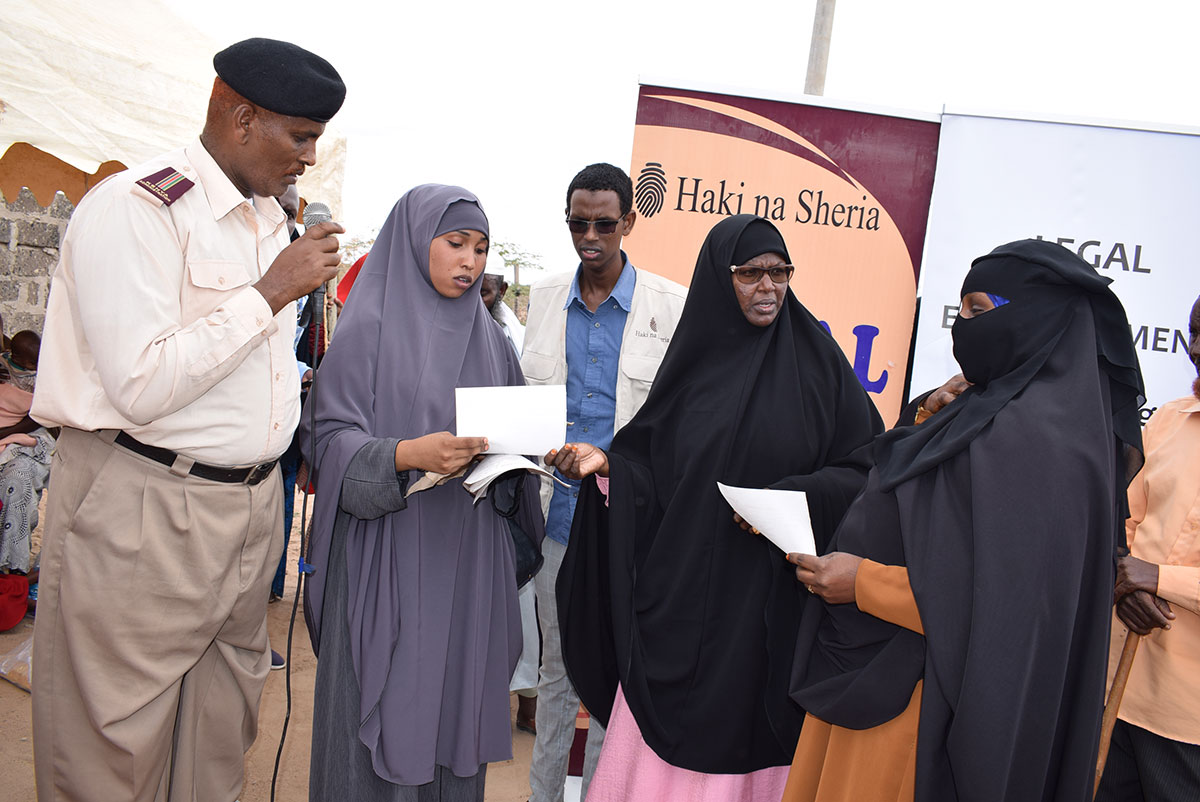 Yussuf Bashir is the executive director for Haki Na Sheria, in this interview by KIOS Foundation, he outlined the organization’s role as being the region’s led human right defender, Haki Na Sheria is engaged to ensure there is a respect for human right.

In 2012 Kenya Defence Forces went amok when one of their own was killed by suspected al-shabab militant, the soldiers burnt down the famous Suq Mugdi where hundreds of traders lost their livelihood while scores were sustained bullet injuries, Haki Na Sheria as a human right Organization sued the state on behalf of some of the victims and filed a petition at Garissa High court.

After several Months of fighting for the victims at the corridor of justice, victims were finally compensated for the pain and suffering they have been subjected to by members of the soldiers.

The Plight of #DoubleRegistered​ Victims in Kenya

The trouble with identity in Kenya